You have probably seen it in your life at work, in school or even at home.

It is payday and everyone is happy. Person A is a careful spender and they stick to their budget and save and invest carefully, rarely veering away from their financial plan.

Person B, on the other hand, subscribes to the YOLO (You Only Live Once) approach, and their mantra is that even the birds of the air do not have budgets, salaries or investments, yet they survive.

Person C is cut from a different cloth. They believe that the best way to secure your future is to always have some money in your bank account, and so they don’t spend more than they ever need to.

Why are these people so different?

Dr Brad Klontz is a financial psychologist and the author of several books on the intersection between the scientific study of the human mind and money.

Klontz attributes these differences to the unconscious beliefs we have about money that are often rooted in childhood and the significant related incidents one has had growing up, such as a parent losing all their money suddenly, which he calls financial flashpoints.

In the case of the three persons described above, it could be that Person A grew up without much. They were always sent home for fees, for example, and their spending habits are focused on avoiding getting into such pecuniary circumstances again.

Person B could have grown up in a situation where his father and his grandfather were wealthy but there were wrangles when the grand old man died. So their thinking is that you should spend the money when you have it.

Person C, the aggressive miser, could have grown up in a situation where his parents inculcated a sense that he need not discuss or share his money with anyone.

Klontz describes these unconscious beliefs as money scripts. We don’t consciously think about them, as we simply think “that’s just the way I am” but it is important to think about your money script and understand where it originates.

Everyone has their own set of money scripts. It is crucial that you identify your subconscious money beliefs and empower yourself to make better financial decisions. Once you understand why you behave the way you do towards money, you have the power to change your financial situation for the better.

There are four basic Money Scripts;

People in this category believe when you have more, you are better than those without. Their sense of self-worth is connected to their net worth and are therefore very competitive. Here, success is attained by acquiring more money and material possessions.

Klontz says that people who carry this belief grew up in households with low income and inherited the belief that attaining a higher socio-economic status will bring them happiness.

The downside includes overspending and anxiety, both which bring stress to relationships especially when money status believers keep their finances a secret.

Money status believers need to take time on what matters most as financial success achieved without fulfilling relationships and good health is in the long run ineffectual.

People in this category tend to think that money corrupts people and that wealthy people are greedy. It often advocates for giving than receiving as desiring money is associated with being a bad person.

This script often leads to self-sabotaging financial decisions like not budgeting your money, living in denial about your financial situation and being an extreme cheapskate.

Money avoiders need to learn how to budget, save and how to set long term financial goals and review their financial situation regularly.

People in this category associate having money with a better life as it will solve all their problems and hence, they pursue it as a stabilizing force.

This overreliance however may lead to overspending with the mistaken belief that possessions equate to more happiness. Unfortunately, this constant feeling is insatiable.

The downside here is that money worshippers will often have a scarcity mentality that makes themafraid to use their emergency funds even in true emergencies, fearing they’ll never be able to replenish it again.

With the conviction that more money equates to more happiness, breaking out of this mentality is not easy, but it can be done.

Money worshippers should learn not to attach your happiness only to your income or possessions by spending mindfully and putting your personal relationship before money pursuits.

This lot has high levels of financial health. They evaluate their spending, saving and frugality to ensure they are making the right financial decisions.

They also feel that people need to work for their money and have enough of it. They are less likely to buy on credit as they only spend what they can afford.

The downside here is that this script can prevent people from enjoying their hard-earned money as it leads to money worries and anxiety, both of which are detrimental to one’s personal health and happiness.

The money vigilant should learn how to strike a balance between chasing money and also enjoying the money by doing fun activities like going for holidays or even visiting a spa. 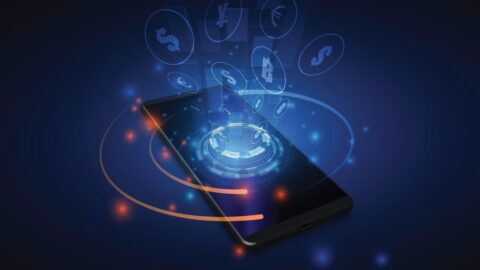