Senegal to now face either Cameroon or Egypt in AFCON Final

Cameroon is set to face off with Egypt today. 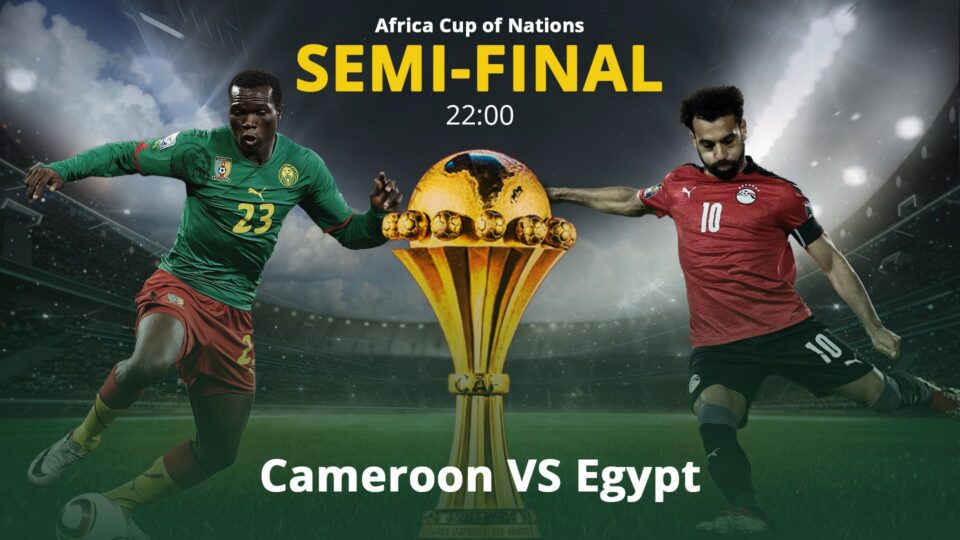 The Total Energies Africa Cup of Nations 2021 (AFCON) host nation Cameroon will face off Egypt on Thursday night with the victor setting up a final with Senegal, who booked their spot after crushing Burkina Faso 3-1 on Wednesday night.

Cameroon put in a powerful display in the quarterfinals to defeat The Gambia 2-0, thanks to a brace from Karl Toko Ekambi and continued their dream of winning the AFCON as hosts, while Egypt came from behind to defeat rivals Morocco 2-1 after extra time, thanks to a goal and assist from key player Mohammed Salah.

The match will take place at the Olembe Stadium in Yaounde, which witnessed a stampede on January 24th, during Cameroon – Comoros last 16 match. The distressing event unfolded outside the 60,000-seater ground leaving eight people dead and another 38 injured, seven of them seriously. It was one of the worst stadium disasters in the history of Africa’s biggest soccer tournament.

Cameroon coach Toni Conceicao was happy with his team’s showing in the quarterfinals, but does have concerns over recovering in time for tonight battle. “I am satisfied with my players who respected the instructions to go and win the match despite the missed opportunities in the first period,” he said. “In addition to the victory, it was our match where the attack-defense balance was the most respected. Regarding the semi-finals, what worries me the most is to see my players recover, it was a physically demanding match. We will rest and analyze our next opponent and put the strategy in place.”

Egypt coach Carlos Queiroz is urging his team to rise to the challenge of facing the host nation: “Today we sacrificed a lot to be the best team on the field, especially from players who are skilled and who are good at dribbling,” he said after their quarterfinal triumph. “The players deserve more respect from local analysts and pundits for their performance. Everyone should support the players because they deserve respect and support.”

The match key players are Cameroon’s captain Vincent Aboubakar and Egypt’s Mohamed Salah who is also Liverpool’s forward. Aboubakar is a key attacker and you may have seen his scoring run come to an end in the quarterfinal against The Gambia, but you can bet he will be itching to get back into net-rippling form for this semi-final clash.

Mohamed Salah will be looking to offer a potent challenge to a Cameroon defense which was hardly tested by The Gambia in the quarterfinals. Expect Salah to be right up for the challenge against the Indomitable Lions.

In head-to-head stats, Cameroon and Egypt have met in 27 matches across all competitions dating back as far as 1983. The Pharaohs have claimed 15 wins compared to six for the Indomitable Lions, while six games have been drawn. The teams’ most recent meeting was in the final of the 2017 AFCON in Libreville, Gabon and saw Cameroon claim a 2-1 win thanks to goals from Nicolas Nkoulou and Vincent Aboubakar. Mohamed Elneny scored the opener for Egypt.