HBO shows you should definitely watch on Showmax

Want to go down memory lane with your favorite shows, or catch up with current exciting dramas? Then these are some of the shows you need to watch. 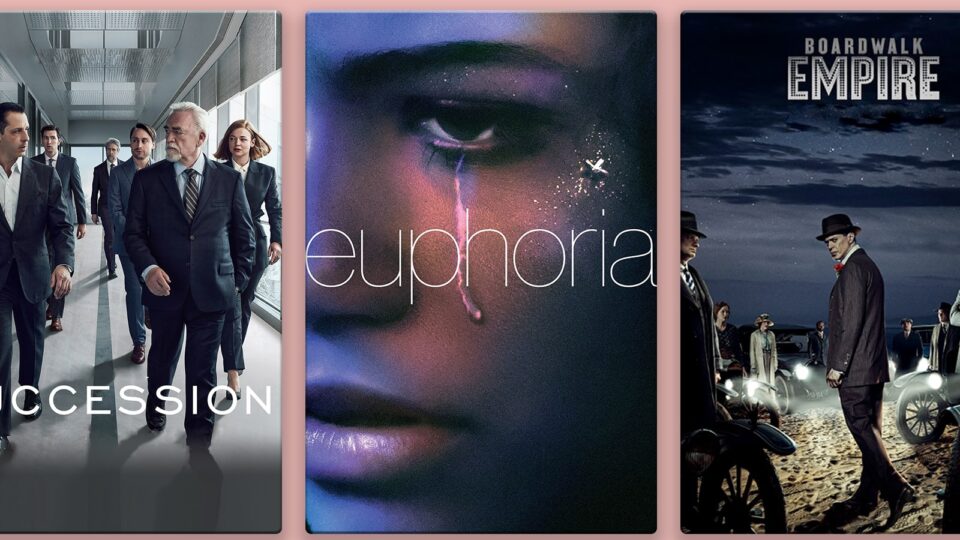 Home Box Office, long for HBO, has been in existence since 1972 and is the oldest and longest running subscription television service in the United States. The network is known for producing some of the best television programs of all time despite the fact that most of the shows touch on adult themes such as violence, drug use, and sex. The network came to prominence in the 80s and 90s due to comedy specials from popular comics such as Eddie Murphy.

Over the years, we’ve been treated to high quality Emmy-winning shows and a lot of them are on Showmax. With Safaricom offering viewers two months subscription for the price for one, there’s never been a better time to take advantage of the VOD platform.

Downtown Baltimore is the set of this G.O.A.T series, which follows a well-planned story arc with a distinct theme each year. The plot follows one police unit and one drug network over the course of five seasons, allowing us to come to know each individual intimately. Throughout the seasons, the same characters appear: we watch how they change and what happens to them. Each has his or her own story, which has an impact on the other characters as well as the plot. Each of the five seasons is a complete package. Each member of the cast delivers a memorable performance, most notably Dominic West who plays Detective James McNulty, Idris Elba who plays the ingenious Stringer Bell and the late Michael K. Williams who plays the unforgettable villain, Omar Little. The show also featured a fresh-faced Michael B. Jordan, who is now a mega superstar of “Creed” & “Black Panther” fame. This show is definitely in the “best show of all time” conversation.

Just like fellow HBO hit show “The Wire”, The Sopranos is considered by countless people as the best show of all time. Tony Soprano, played by James Gandolfini, is the New Jersey mob boss and is dealing with personal and professional challenges in his home and business life. These issues affect his mental health, prompting him to seek professional psychiatric counseling. He describes himself as a “waste management consultant” to keep his real-life work a secret and he keeps his therapy a secret from his “colleagues”. Through the psychiatrist, Tony comes to terms with his mother’s manipulations, being just like his father and crippling feelings of his and his family’s mortality. James Gandolfini has won three Primetime Emmys and three Screen Actors Guild Awards for his role as Tony Soprano, a feat that will never be forgotten.

In the mythical land of Westeros, nine noble families fight for control of the “Iron Throne” while an old enemy resurfaces. The Targaryens, the Lannisters, the Starks, the Tyrell, the Martell, the Greyjoys, the Baratheons and the Boltons clash, war, collude and conspire against each other over the course of 8 seasons in a rich and fantastical tale based on the books by George R. R. Martin. The show has the won the third most Emmys in history, including Outstanding Drama Series and Outstanding Supporting Actor in a Drama Series for Peter Dinklage, who plays the intelligent and quick-witted Tyrion Lannister. Emilia Clarke delivers a memorable performance as the silver-haired Daenerys Targaryen, mother of dragons. Yes, there are dragons! Kit Harrington and Lena Headey also deliver impressive performances as the brave Jon Snow and the treacherous Cersei Lannister. If we could use two words to describe the show they would definitely be “Valar Morghulis”, High Valyrian for “All Men Must Die”.

True Detective is probably the most star-studded show on this list, boasting the likes of Wolf of Wallstreet star Matthew McConaughey, Moonlight’s Mahershala Ali, The Notebook’s Rachel McAdams and Wedding Crashers star Vince Vaugn. The show even won a 2014 Primetime Emmy for Outstanding Casting for a Drama Series. This anthology series spans three seasons and centers around police investigations that unearth the personal and professional secrets of those involved, both within and outside the law. The show covers different timelines however the storylines braid and converge in a fantastic way. For those who love true crime shows and dark television, True Detective is just the show for you.

Succession follows the lives of the Roy family, owners of the biggest media conglomerate in the world. Logan Roy, the patriarch, decides to step down as the head of the company and this causes a storm between his three children Kendall, Roman and Shiv Roy as they scramble to take over from their aging father. The race to be head of the company makes for great watching as the three siblings try to show their father that they’re worthy of running the business he built from scratch. If shows that center around wealth and money are your cup of tea, then look no further than this masterpiece by creator Jesse Armstrong. The show is said to mirror the life of media mogul Rupert Murdoch. Jeremy Strong, who plays Logan’s first son Kendall Roy on the show, won the 2020 Emmy for Outstanding Lead Actor in a Drama Series.

This black show follows the lives of two best friends Issa and Molly as they navigate aspects of adult life such as careers and romantic relationships. Molly is a hotshot corporate lawyer while Issa is in between jobs before eventually going on her own. The show is renown for its amazing soundtrack that is available on popular music streaming platforms such as Spotify. Showrunner Issa Rae, who also plays the protagonist Issa Dee, was nominated for two 2020 Primetime Emmys: one for Outstanding Lead Actress in a Comedy Series as well as Outstanding Comedy Series, as she is the Executive Producer. If you love black shows, you’re sure to love this modern twist on black comedies. What makes this show stand out is how it touches on important but difficult topics such as mental health, racism and sexism in a light, humorous way.

The comedy centers around the misadventures of Larry David, played by himself, as he navigates life as a famous comedian. Larry David is of course famous for creating and producing one of the most famous comedy shows of all time, Seinfeld. What makes Curb Your Enthusiasm such a great comedy show is that the show is not scripted. The actors are just given plotlines and they basically improvise each scene. Due to the heavy improvisations, each scene can take four or five takes hence filming is very slow. The show has been in existence for about 22 years and only 11 seasons and 110 episodes have been released. Although the show has been nominated countless times in its long running, it has only won two, thereby making it severely underrated.

This new hit show follows the lives of a group of high school students dealing with issues of drugs, sex and violence. The show centers around Rue Bennet, played by Zendaya, as she struggles with her drug addiction and her love for Jules. The show has already won several Emmy awards, including one Primetime Emmy for Outstanding Lead Actress in a Drama Serie for Zendaya, the youngest ever actress to win the award at the tender age of 24 years old. The supporting cast however, hold their own and deliver convincing performances that will definitely keep you glued to your screen. The show is currently in its second season. Creator, Sam Levinson also struggled with drug addiction while growing up and used his experience to guide Rue’s character. The show, HBO’s first ever teen drama series, is definitely a must watch.

A modern and fresh take on the famous 1986 comic series by DC Comics of the same title. Damon Lindelof, the series creator chose to give it a modern twist and add new characters that tie in with the original characters instead of giving the title a reboot. Starring Regina King (as Angela Abar) and Yahya Abdul-Mateen (as her husband Cal Abar), who both won a Primetime Emmy for their roles, the show focuses on the racist events that occurred in Tulsa, Oklahoma in 2019. The show’s villains, the Seventh Kavalry resemble the real-life Ku Klux Klan and their main rival: the Tulsa Police Department. The show received critical acclaim for highlighting the Tulsa race massacre of 1921 and walked away with 11 wins (the most) at the 2020 Primetime Emmy Awards. The show is a must watch for comic fans and criminal drama fans alike.

Set in the Prohibition Era of the 1920s, the show focuses on Enoch Thompson played by Steve Buscemi, treasurer of Atlantic County, New Jersey and his relationships with mobsters and politicians. The series also features Hollywood stars such as Michael Shannon and the late Michael K. Williams. Although a lot of the show is dramatized, it does feature a lot of true stories and real-life characters such as Al Capone, one of the most famous crime bosses in history. The Federal Government start to take an interest in Enoch due to his lavish lifestyle that cannot be explained by his position as well as his connections with the wrong crowd. Not to mention, the prolific bootlegging that happens in the area. The involvement of legendary crime movie pro Martin Scorsese as Executive Producer and sometimes Director on this show should tell you all you need to know about the quality of this crime drama.