The race battles and the incoming “Sprint Qualifying” format

The introduced Sprint Qualifying will be a short fast-paced race. The race will run over 100km, lasting 25-30 minutes with drivers racing flat-out from start to finish without the need to Pit (stopping over for a change of tires). 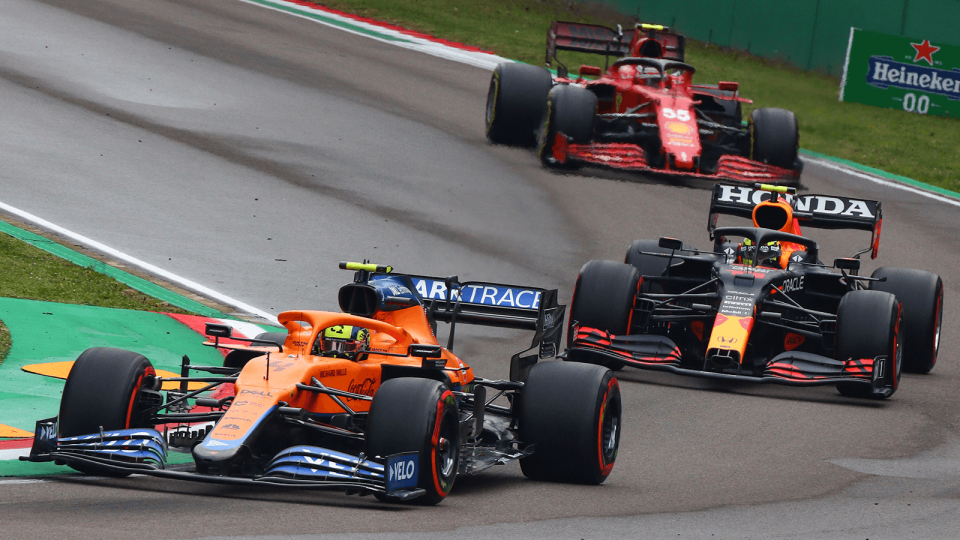 This weekend will mark round 3 of the highly competitive 2021 Formula 1 season. From the looks of things, a lot has been happening behind the scenes in manufacturing and training areas as drivers and racing teams gear up to bring their best performance this season.

Former reigning champions are now determined more than ever to reclaim their glory as the current champions fight hard to retain their positions. Red Bull Racing has shown its determination to be at the top this year with Max Verstappen giving Mercedes’ Lewis Hamilton a hard time on the track for the past two races consecutively this season.

The battle begun at the Bahrain Grand Prix, where Red Bull’s Verstappen took the lead from Mercedes’ Lewis Hamilton on the last four laps, however the race control center had to make an order for him to hand back the first position because he had overtaken Hamilton by running off the track costing him the victory of the first race of the season. Despite handing back the position, Verstappen tried to close the gap but ended up finishing second.

The Emilia Romagna Grand Prix in Italy set the stage for the second round of the battle. The race begun on a chaotic note with heavy rains that proved to be a challenge for many drivers on the track. The Grand Prix was quite different especially during the qualifiers as more drivers fought for the pole position, apart from Hamilton and Verstappen, Ferrari’s Charles Leclerc stepped up by recording good speeds during the qualifiers securing himself a seat on the front row of the starting point behind Verstappen, Hamilton and Sergio Perez who got the first pole position in his career as Hamilton secured his 99th pole position.

On 18th April 2021, as soon as the lights went out to start the race Max Verstappen did not hesitate to overtake Hamilton at the first instance to lead the race. Despite the chaotic race that involved heavy rains and several crashes, Max managed to finish first. However Lewis Hamilton showed his prowess as he managed to climb from P11 to finish second.

This Sunday afternoon, motorsport fans can catch the Portugal Grand Prix live, at 5pm on DStv Channel 235, from the Algarve International Circuit in Portimao. And fans using the DStv Explora decoder can pause, record or rewind and not miss a single race.

The battle for the first position intensifies between Hamilton and Verstappen to break the ties of the wins (1:1), poles (1:1) and points which Hamilton leads with 44 and Verstappen at 43.

The 2021 season has not only come with stiff competition from the drivers but it has come with some new rules. Earlier this month Formula One introduced the Sprint Races.

How the Sprint Qualifying will work

The introduced Sprint Qualifying will be a short fast-paced race.  The race will run over 100km, lasting 25-30 minutes with drivers racing flat-out from start to finish without the need to Pit (stopping over for a change of tires).

According to F1 the points will be awarded to the top three finishers. First driver will earn three points, second driver will earn two while the third will earn one point. However despite it being a “race” there won’t be a podium as that is still reserved for the top three in Sunday’s Grand Prix. However the winner will get a trophy in a similar manner to the pole-sitter during the qualifiers.

The finishing order of the sprint race will define the grid (starting points) for Sunday’s race where the traditional racing format remains unchanged.

What it means for the teams

Despite it being a sprint race, F1 has made it clear that teams are forbidden from creating qualifying cars while also limiting the number of hours required for preparing the car for the following day, however the racing body has expressed that they will make room for car reconfiguration and is expected to release a full list of what can be changed soon.

However for safety reasons teams have been allowed to change break friction for a new identical set that was used in qualifying and sprint qualifying ahead of the grand Prix.

For safety reasons, teams can change brake friction material for a new, identical set that was used in qualifying and sprint qualifying ahead of the Grand Prix. Brake ducts can be changed too.

In case of damage, teams can only use or instance front wings that have been previously used without penalty.

Between qualifying and Sprint Qualifying, teams are permitted to change or adjust suspension elements – springs and dampers – or alter camber, toe or ride height of suspension components defined in Article 10.3 of the Technical Regulations.

How a Sprint Qualifying weekend will be

There will be the traditional Practice session for 60 minutes, however the same day will play host to qualifying (Q1, Q2, Q3 format) which will set the grid for sprint qualifying.

The second practice session will take place for 60 min plus the Sprint Qualifying (100km race). This will set the grid for Sunday’s Grand Prix.

The Grand Prix where qualifying teams will run the full distance as normal.

The new format will feature at three Grand Prix this year and will be spaced out across the calendar.

While the teams had already approved the new format the races will come at an extra cost to the already high budgets the teams are running with in the current format.  Teams may incur an extra payment of $75,000 (54,000 Euros) for each qualifying race, making it costly to run two cars in each race, plus the anticipated damage that comes with the races that could cost hundreds of thousands of dollars.

As negotiations continue on the new format all is set in Portugal this week as Mercedes and Red Bull Racing are set to battle it out on the track to retain first position.